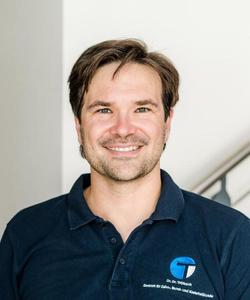 Dr. Dr. Markus Troeltzsch (MD /DMD) completed his dental training and received his DMD in 2005 from the Dental School at the University of Erlangen in Nuremberg in Germany. In 2010, Dr. Troeltzsch completed his medical education at the Medical School at the University of Erlangen, Nuremberg and received his MD.

In November 2016 he was elected as the director of the APW, the Academy for postgraduate continuous education of the German Dental Association and was reelected in November 2020.

He lectures and publishes internationally and nationally on various topics, especially about up to date procedures of methods of augmentation of the jaws, implants and the various aspects of medicine in dentistry.

He is the main author of the augmentation guidelines paper of the Consensus conference of the German Society of Implantology (DGI) and the head editor of a comprehensive textbook „medicine for dentists“, both were published in fall 2020.
Back to top